The FIH Pro League reaches crunch time with Great Britain’s men facing two crucial games in their quest to reach the final four at the end of June.

Danny Kerry’s side sit in sixth place going into their match with the Netherlands knowing they need to force their way into the top four to qualify for the showpiece semi-final matches. Wins in their final two fixtures against the Dutch and New Zealand will give Great Britain a chance, depending on how other results pan out.

Despite the pressure of the situation, goalkeeper George Pinner says the team is focused on the process and not the potential outcome:

“We’re trying to avoid talking about the grand final. You hear us in tournaments talking about the next game and the process. If you start to focus on the finals you drop off. We’ll be focussed on the next two games; we’ll target six points as always and see where that leaves us.”

Pinner who played a starring role in a shootout win over Australia in Great Britain’s last game has been joined in the squad for the Netherlands match by a familiar face: Ashley Jackson, Great Britain and England’s leading scorer of all time is set to take to the field in the international arena for the first time since the 2016 Olympics. 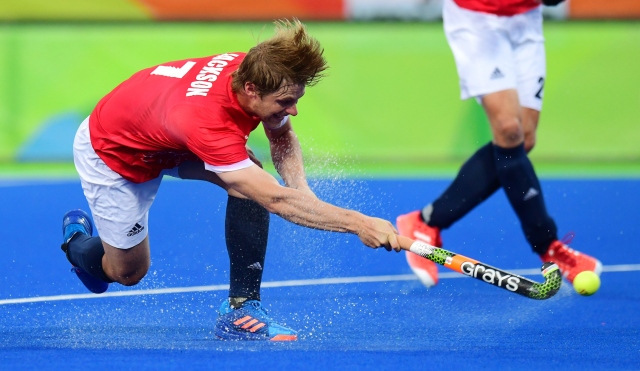 “Ash has only been with us a short time, so it’ll be good to see how we can use his undoubted skills and abilities within the squad.” said Danny Kerry, Great Britain’s head coach.

“In these initial games it’s very much about Ash learning and understanding how the current team plays, so my expectations are tempered by the fact he’s coming in relatively new to an existing way of playing.” he added.

Jackson is not the only long-term absentee making a return. Scotland and Surbiton star Chris Grassick has been named in the squad for the first time in 18 months after recovering from a serious injury.

“I’m delighted for Chris, it’s been a long road back and it’s been good to see him looking sharp in training despite months of rehab.” said Kerry.

“On a personal note it’s always good to support our athletes through these long phases and it’s a credit to Chris in terms of his perseverance in testing circumstances.”

With finals qualification likely to go to the wire, Great Britain could be forgiven for feeling the pressure; however defender Brendan Creed is relishing the challenge of the FIH Pro League:

“We’re getting to the stage where we’re actually really confident with how we’re playing. We’re starting to defend a lot more compact, be more aggressive and that’s great because we’re winning the ball higher up the pitch and causing teams problems. We have to start on the front foot but I’d have to say the game against Australia was very positive.” 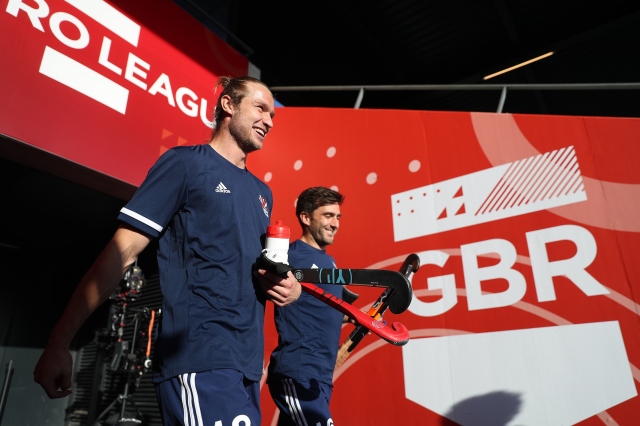 “Every game in the Pro League is a tough one it’s fantastic the way the tournament works. Each game builds us towards the next. We’ve been improving game on game and we get more opportunities to improve which is fantastic as well.”

“We didn’t feel we played badly against Germany, just the final quarter let us down. We got ourselves ahead and then went from a win to a loss. Against Australia it was important to keep playing the way we want to and to be honest if we’d had another five minutes, we might have won it. It’s an important step for us to realise where we are in the journey rather than going hell for leather in every game.”

When asked about the prospect of making the final four, Creed, like Pinner is very much on message:

“You never know. I don’t see any reason why we can’t get there, but we’re not thinking about that. We build for the next games; we move on and keep building, keep improving and see where that leaves us.”