It’s hard not to like England international David Ames when you meet him. A polite, humble man with an unassuming demeanour; you could be forgiven for thinking his Mr Nice Guy personality does not lend itself to the rigours of international sport.

You’d be wrong, though. As soon as the conversation turns to hockey, Ames’ drive shines through and there is a different tone to his voice. One that tells the story of a steely determination required to overcome a series of personal setbacks just to take his place in Bobby Crutchley’s squad for the European Championships:

“It’s the first time in a while I feel confident about my body going into a tournament. I’ve had a few setbacks with injuries but I now feel in good shape. I carried some knocks into Rio and afterwards I had a stress fracture in my shin, then I had a bulging disc in my back which took longer than I’d hoped to heal. I’ve had a few dark times where I questioned what I was doing but getting back out there with the team makes it all worthwhile.” He adds: “Just being selected is a real personal drive and a real achievement. I get satisfaction from that. As a group we’ve played well lately apart from the Hockey World League semi-final against the Dutch. We need to make sure we continue that and show what we can do.”

Ames’ determination to overcome his injuries will be a relief not just to the player himself but also to Head Coach Bobby Crutchley who knows the value of the Holcombe midfielder to his side’s ambitions. Ames has often been dubbed as a “modern day Glenn Kirkham” which is no faint praise given the former England captain’s undoubted pedigree.

Comparisons aside, Ames is relishing the injection of new players into the squad describing the likes of Brendan Creed, David Goodfield, Liam Sanford and others as “real livewires” around the group.

“The new players have brought some freshness. They’re ready to put the graft in and not stop working. We’ve got a good culture and strength in depth. We’re all good mates off the pitch which is great. It’s fantastic.”

With confidence growing all the time, the EuroHockey Championships represents a real chance for England to show their mettle in a very competitive tournament. Ames heads into the competition full of confidence but not taking anything for granted:

“They’re all big games but obviously with my background, Ireland is a big game. I’m getting more used to playing against them. England vs Ireland is always huge in sport. Losing the bronze to them [two years ago] haunts me a little. We’ll do our homework and take them on the same as anyone else. We want to get to the semi-finals but we have a tough pool to get through first.” 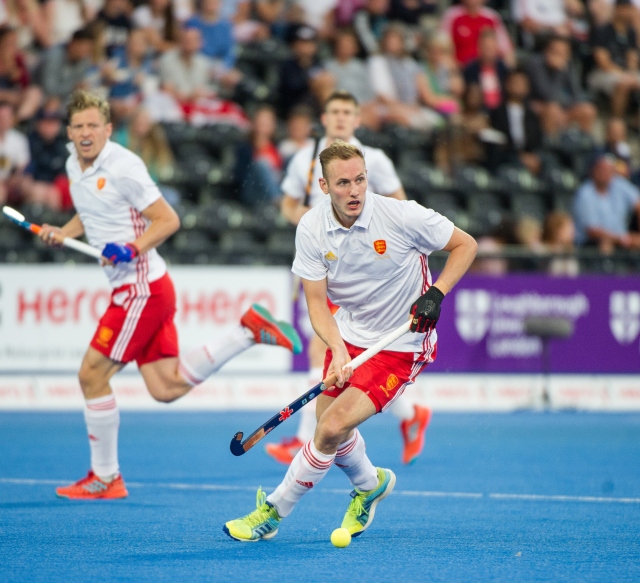 Making up for the disappointments of two years ago is not the only redemption on Ames’ mind, however:

“Rio is still hard to take and I can’t put into words how disappointed I was. We have a new squad now and we’re on a new path. The Olympics is in 2020 and we need to play well between now and then. If we put the performances in we will win medals, which is what we want to do. Sport is full of highs and lows and we need to not dwell on the lows. I have some things I want to put right from previous tournaments but these will only help to drive me on.” 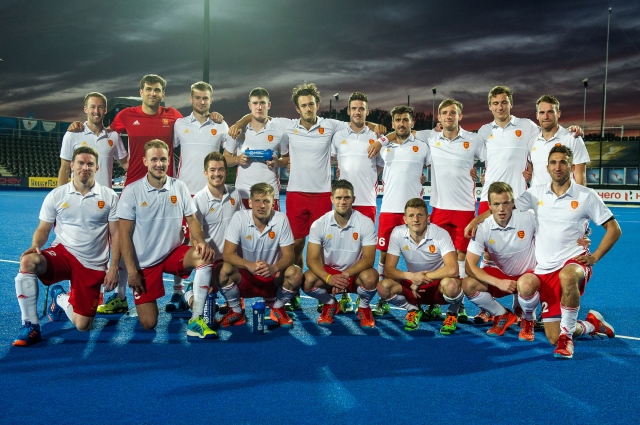 Which leads to the inevitable question: Can England win it?

“I really think we can.” says Ames. “We’ve changed a few things and we might not always get it right but we’re on the up and we can challenge for medals. You need a bit of luck along the way but if we play to our best we can beat anyone.”

Ames and England are ready to fight for those medals. No more Mr Nice Guy, it’s time for business!