The Top of the D’s Quickfire Questions: Chris Grassick.

Never let it be said that The Top of the D is afraid to ask the hard hitting questions that you, the readers want to know the answers to. In order to give the people what they want, I’ve started quizzing the top players in the country with quickfire questions so that the hockey family can gain some insight into what makes their heroes tick. So, without further ado, here is what Surbiton’s Scotland and Great Britain midfielder Chris Grassick had to say:

The Top Of The D: What is your biggest achievement?

TTOTD: What is your most prized possession?

TTOTD: Who is your celebrity crush?

TTOTD: Which three people, past or present would you invite to a dinner party?

TTOTD: Who is the best player you’ve ever played with or against?

TTOTD: What is your hidden talent?

Chris Grassick: I used to play the drums at school. Does that count?

TTOTD: If you were on a game show, and needed a phone-a-friend from someone in the hockey world, who would it be?

TTOTD: Who would it not be? 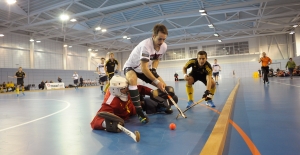 TTOTD: Why do you love hockey?

Chris Grassick: I think it’s a great sport. It’s one for all the family. I’ve enjoyed playing it since I was small and I think you can’t beat it. I love it.

So there you have it. Some insight into the thoughts of the 23-year-old Scotland star. Check back on The Top of the D for more of the same later on in the week!

The Top of the D would like to thank Chris Grassick for his time, patience and good humour in answering these questions.

3 Responses to The Top of the D’s Quickfire Questions: Chris Grassick.