Kerry looks ahead to “awkward” Korea.

Danny Kerry was a relieved man in the aftermath of England’s first win at the 2018 Hockey Women’s World Cup. The England coach had continued to stress how well his side had played in their opening two games without getting their just rewards but against Ireland he said it “finally went our way.”

“The first two games we didn’t have as much dominance but we were essentially the better team, things just didn’t go for us.” Kerry told BT Sport. “Against Ireland we completely dominated and eventually that weight of possession and territory paid off. At one point I didn’t think it was going to but finally we got there.” 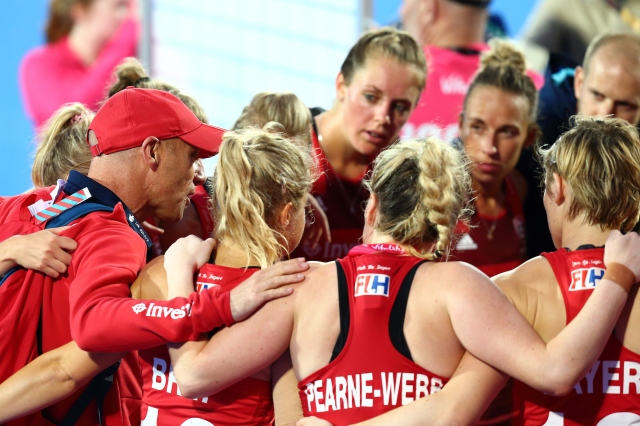 Much has been made of England’s travails in this tournament. With draws against India and the USA leaving them under a little bit of pressure going into the Ireland game Kerry, who lead Great Britain to an Olympic gold medal in 2016 could have been forgiven for beginning to feel some pressure. With a conversion rate of 2 goals from 26 penalty corners perhaps the most scrutinized part of his team’s game has been their set pieces.

“When momentum around the corner story builds, then the players put pressure on themselves. Of course the media and everyone want to go on and on about it and that can get into people’s heads. Then that stops you committing to things.”

“I think people now have started to get a little anxious and lose a little bit of belief. My job over the next few days is to say ‘we’ve got to commit to the corners, got to believe and just go for it.’ I was really pleased for Giselle [Ansley] because she stepped up and just ripped it at the goal. In the end it took a deflection but it went in because she committed – it paid off. We need to do more of that.” 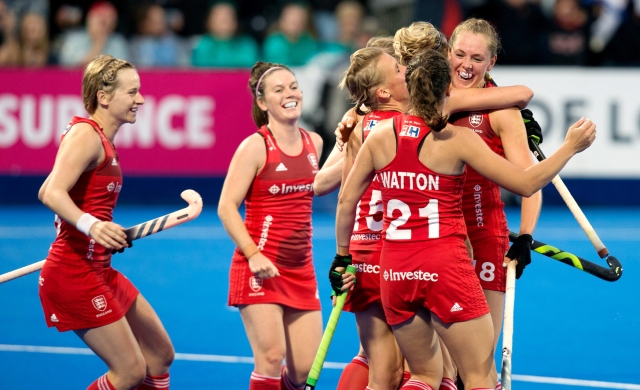 Korea’s tournament has so far not been the stuff of dreams. A 7-0 hammering at the hands of the Netherlands in their opening game was followed by a 1-0 defeat to Italy – the lowest ranked side in the competition. They followed that up with a 1-1 draw against China which was enough to see them through to face the hosts. Whilst their form may not be red-hot Kerry typically is taking nothing for granted:

“They are a little bit different to what we are used to. That’s going to be an interesting challenge for some of our less experienced players.”

“If I’m honest I’m a little anxious, as Korea are an awkward side. They will probably sit deep and play on the counter attack; they have a corner threat so we’ll need to be switched on.”

“People are talking about us playing the Netherlands next; I’m not looking at that. I’m solely focused on Korea.”

England take on Korea on Tuesday night, at 2015 BST with a place in the quarter finals against the Dutch up for grabs.

Columnist for The Hockey Paper and the man behind The Top of the D. Writer, podcaster, goalkeeper and BBC Sport man. Used to work for Great Britain Hockey and have covered the sport at every major tournament.
View all posts by thetopofthed →
This entry was posted in Hockey Women's World Cup. Bookmark the permalink.