Hinch relishing clash with the Dutch

And so, it came to pass, with almost an air of inevitability England vs the Netherlands is on for the Rabobank EuroHockey Championships in Amsterdam.

After England ended Scotland’s stubborn resistance and the Oranje destroyed the Czech Republic 10-0, the seventh biggest win in the tournament history, a repeat of the 2013 semi-final and the 2015 final is now upon us.

You could be forgiven for thinking the prospect of playing an in-form Netherlands in front of a partisan home crowd would be a daunting task. This England side, like those in 2013 and 2015 are made of stern stuff, though and are relishing the prospect:

“It’ll be fantastic. That’s why you come to these tournaments.” said Coach David Ralph. “Holland in Holland is a wonderful opportunity. We’re excited about playing them. There’s a lot of pressure on them. We’re in a good place, the girls love playing in front of a crowd so it’ll be great.” 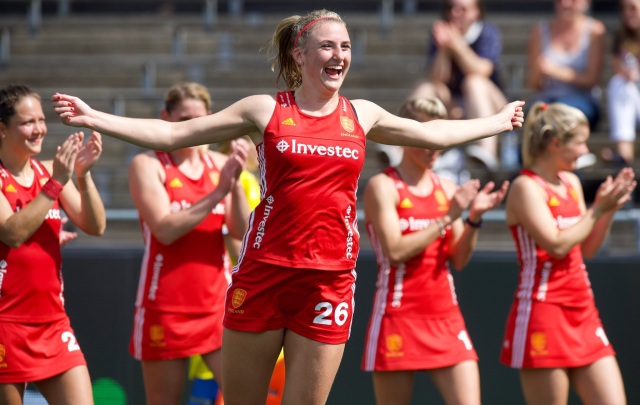 It is a sentiment echoed by goalkeeper Maddie Hinch. The scourge of the Dutch with her shootout heroics in that 2013 semi-final, the 2015 Final and of course when representing Great Britain, in the Olympic Final.

“I’m really excited for this one.” Hinch told The Top of the D. “We’re meeting them earlier than we would’ve liked but we thought we’d have to beat them at some point. It’ll be tough and they’ll have 10,000 fans cheering for them but we must enjoy it and give it our best. Personally, I’m going to enjoy every second of it. These are the games that you play hockey for.” 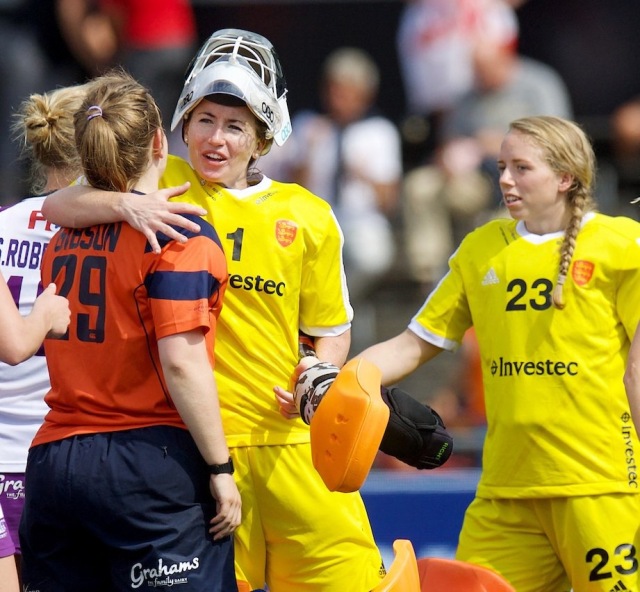 Of course, the Dutch are in fine fettle and will be aiming to add to their eight gold medals in this competition. England, however seem to have something over the Netherlands that makes these games far from straightforward for the World Champions. Two of the last three meetings between the sides have gone to shootout and gone the way of the Three Lions, with Hinch and her book of secrets seemingly getting in the Dutch heads.

If it goes to shootout, Hinch says her and the team will be “more than ready” but as she points out, she’d much rather get the job done without the need for such drama. One thing is for sure, this match promises to be one of the clashes of the tournament. I for one can’t wait!