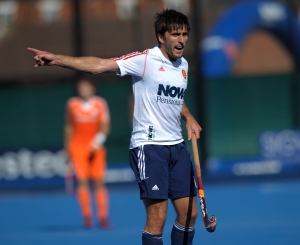 The World Cup represents many things to the players competing for their countries. For some it is their first chance to showcase their talents on the big stage, for others it is a chance to add a medal to their ever-growing collection. For England’s Adam Dixon it represents a chance at redemption.

The Beeston captain missed out on selection for the London Olympics, a bitter memory that haunts him to this day. It is a demon he will be hoping to exorcise in The Hague:

“I look back to the disappointment of 2012 and see myself as having kicked on and used that to push myself forwards. London is in the back of the mind and always will be. For me it’s important to prove to myself and to other people that I was good enough and I still am. The tournaments this summer are a great chance for me to showcase my talents and I’m hopeful we can pick up a medal.” he added “Obviously it’s not all about me, the team are moving in the right direction and we have a squad who are really hungry for success. Now is the time to show people what we can do and make these tournaments count.”

Dixon has re-established himself as a key member of the squad under the guidance of Bobby Crutchley, who took over as head coach after London. The 27-year-old is enjoying the change of regime and the new lease of life it’s given him:

“Bobby creates a good atmosphere. We have a wealth of experience in the squad and he listens to the players’ opinions. For a squad to be happy and not just feel like they’re being told what to do it has to be a two way process. Bobby is absolutely brilliant at that. What he adds with his tactical awareness is fantastic and he’s really got us to believe in ourselves since he came in.” 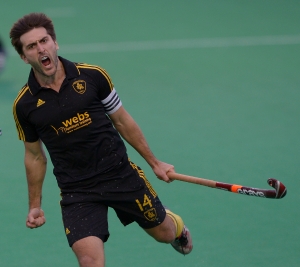 The World Cup pits the best players in the world against each other over the course of an intense two week competition. With the packed international calendar and the growth of the Euro Hockey League, the top players come up against each other with increasing regularity. Despite the familiarity, there is no let-up in the amount of preparation needed:

“We’re very aware, as I’m sure all the other nations are, of who’s in each team who the threats are etc. You still have to do your homework. You can’t just turn up and expect to do well, you have to prepare properly with video, tactics everything so that when you’re in the heat of the battle you might be tired but you know what you are meant to do.”
With the plethora of knowledge gained from hours of video analysis and technical and tactical sessions, Dixon is in no doubt who the main threats will be in The Hague:

“The Dutch on home soil with the home support behind them will be keen to play their flair hockey and put on a show for the supporters. Mink Van Der Weerden will be important to them and he’s on every keeper’s mind, I’m sure. Germany will be there at the end and maybe India are a good outside bet. They’re a great unknown they’ve been successful in the past but they tailed off in recent history. They’ve got good coaches and good people in the squad so they might do some damage.”

Whilst acutely aware of the threats posed by their rivals, England are not lacking in quality themselves: Barry Middleton, Nick Catlin Ashley Jackson, George Pinner and Iain Lewers are all mentioned by the Beeston man as some of England’s real world class talents, and Dixon, who won the European Championships in 2009 knows all too well the importance of any one of that number stepping up to the mark in a big tournament:

“The top six nations are as good as each other on any given day so it might come down to whether or not your corner specialist is on form for those two weeks. When we won the European Cup in 2009 James Fair in goal was absolutely outstanding and arguably won us the tournament. You rely on individuals to have above par performances to give the team that bit extra and I have every faith that our team can do that.” 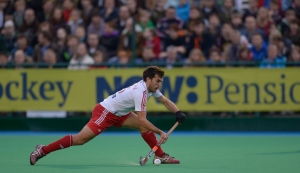 Naturally, the talk of the European gold from 2009 and the number of top class players in the squad begs the inevitable question, can England win it? Dixon’s answer does not cause any surprises:

“Definitely. Without a shadow of a doubt. We’ve beaten these teams before so we have to go in with a degree of confidence and back ourselves to beat anyone. Otherwise, we may as well not compete!”

Nothing can ever make up for the heartbreak Dixon suffered when he was omitted from the London 2012 squad, but perhaps a World Cup winners’ medal might give him some of that redemption he seeks.

The Top of the D would like to thank Adam Dixon for his time and patience in conducting this interview.