The Eurohockey Championships in Belgium are just days away. The very best hockey players from across the continent will battle it out to be crowned European Champions in an action-packed nine days of women’s competition. The Top of the D looks ahead to the tournament, starting with Women’s Pool A.

Reigning European and Olympic Champions, ranked No.1 in the world, it is fair to say The Netherlands are the side everyone will fear in this competition. A galaxy of world class stars under the charge of Coach Max Caldas, the Dutch mix outstanding flair and attacking ability with resolute defence and in Joyce Sombroek, they have one of the best goalkeepers around. They have won this competition eight times in total and will back themselves to win a ninth in Belgium. 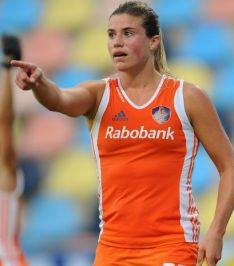 Player to watch: Kim Lammers. The Dutch striker doesn’t often grab the headlines to the extent that Maartje Paumen or some of her other teammates do, but make no mistake, Lammers is a very important player. Four goals at the London Olympics, five goals at the World League Semi Final this past June, the Laren star has popped up with important goals and plenty of them whenever her country has needed them.

Slightly overshadowed at times by the meteoric rise of their male counterparts, the Red Panthers are growing into a very accomplished international side. They qualified against the odds for the London Olympics where they finished 11th and their best ever finish in this competition came last time out as they took fifth place in 2011. A side with plenty of attacking ability in the locker but some weakness at the back it is always entertaining to watch the Belgians play. You’d expect them to be playing for second place in this pool, as the Dutch should have too much for them, but with a home crowd roaring them on, who knows what could happen?

Player to watch: Erica Coppey. The 21-year-old has almost 150 international caps to her name and is carving herself a reputation as a valuable goalscorer for the Red Panthers. Four in the recent World League in Rotterdam, one at the Olympic Games and a couple in the Olympic Qualifying tournament, Coppey, along with Jill Boon will be relied on to fire the hosts to glory.

It is fair to say it is still something of a transitional time for Ireland. Coach Darren Smith took over shortly before World League Round 2 but with little time to work with the squad they wound up finishing behind Italy, Spain and Belarus, thus crushing any dreams of playing in the World Cup in the Netherlands next year. Smith has since cleaned house, moving on some of the old guard and putting his faith in youth. Ireland are a willing, if slightly unadventurous side, relying on being hard to break down rather than dazzling flair, you’d think the semi-finals might be just beyond their reach at this stage.

Player to watch: Emma Gray. The 25-year-old goalkeeper is a genuine class act. Superb athleticism and the ability to make save after save I have been impressed every time I have seen her play. If Ireland are under a lot of defensive pressure, Gray’s ability to keep out the opposition will be very important to her team.

The lowest ranked side in the competition, Belarus are slowly clawing their way into a cluster of European sides who are jockeying for position behind the traditional big guns. They didn’t qualify for the London Olympics, finishing fifth in a qualification tournament won by Japan. However, they have shown some steady signs of progress, finishing above Italy, Scotland and the Czech Republic in World League Round 1, qualifying them for Round 2. They were unlucky not to make it to the Semi Finals, as they were edged out by Italy and Spain, but they did manage to better their Eurohockey rivals Ireland. The semi-finals will be a step too far for them, but they will be keen to impress on their Eurohockey debut. 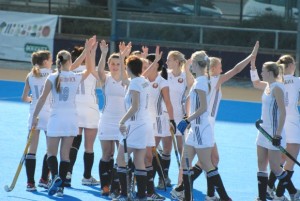 Player to watch: Yulia Mikheichyk. The Belarus No.8 is an absolute goal machine. She scored 14 goals across World League Rounds 1 and 2, including eight in one game against Turkey. Yes, they were against “lesser” nations, but she will still carry the biggest threat from the Belarusians.

That takes care of Pool A. A preview of Pool B will follow later on this afternoon.

For more information on the Eurohockey Championships visit the official website.

Columnist for The Hockey Paper and the man behind The Top of the D. Writer, podcaster, goalkeeper and BBC Sport man. Used to work for Great Britain Hockey and have covered the sport at every major tournament.
View all posts by thetopofthed →
This entry was posted in Eurohockey Championships. Bookmark the permalink.