England missed out on the semi-finals of the EuroHockey Championships for the first time in 12 years after drawing their final pool game against Spain, 2-2.

Danny Kerry’s side went into the match knowing only a win would be enough to send them through. Despite goals from Sam Ward and Ashley Jackson, they were unable to take the three points and must now battle to avoid relegation instead of fighting for a medal. 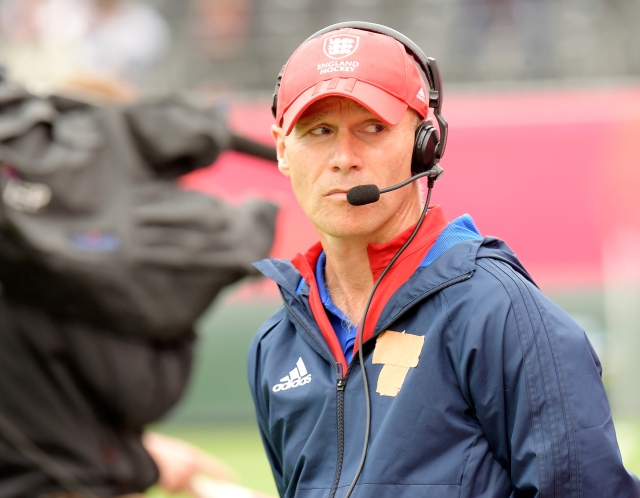 England forced the first clear chance of the match and it was Ward who drew a fine save from Spain goalkeeper Quico Cortes after good work from Phil Roper.

Fred Soyez’s team built their way into the contest and although chances were scarce they began to push England onto the back foot.

Enrique Gonzalez had a big chance to break the deadlock in the second quarter but Harry Gibson snaked out a leg to block his close range shot and then cleared well under pressure.

With the danger averted England took the lead in the 21st minute. Zach Wallace did well down the left and the ball broke to Ward who showed superb instinct to lift it over Cortes to make it 1-0.

Gibson had to be alert to block from Pau Quemada moments later but the goalkeeper’s speed off his line ensured it was still 1-0 at half time. The third quarter was full of incident and was to prove pivotal in the outcome of the contest. Quemada forced home a rebound from close range to make it 1-1 just three minutes after the break and then Diego Arana touched in brilliantly at the far post from Joan Tarres’ effort on goal.

Spain take the lead, Arana with the overhead smash at the back post #EHC2019

Spain had a glorious chance to put the game to bed when they were awarded a penalty stroke but incredibly, Xavi Lleonart crashed his effort onto the cross bar and England were still alive.

The final quarter was frantic and tense as England tried to salvage their tournament. Phil Roper flashed a shot wide of the target and then Ward brought a splendid save out of Cortes from a penalty corner.

With nine minutes left in the match, Danny Kerry withdrew the goalkeeper as he tried to find two answered goals to keep England’s semi-final hopes alive.

Jackson rifled a penalty corner into the roof of the net to level the scores with eight minutes left but that was not going to be enough.

Brilliant from Jackson. His flick goes right into the top corner and we’re level again #EHC2019

England threw everything at Spain in the closing minutes but some skilful goalkeeping from Cortes and some last-ditch defending kept them out and ensured that barring a big win by Wales over Belgium, it is Spain who will play in the semi-finals.

Danny Kerry’s side will now play in the relegation play-offs with the bottom two sides dropping down to EuroHockey Championships II in two years’ time.