Posted on February 4, 2019 by thetopofthed 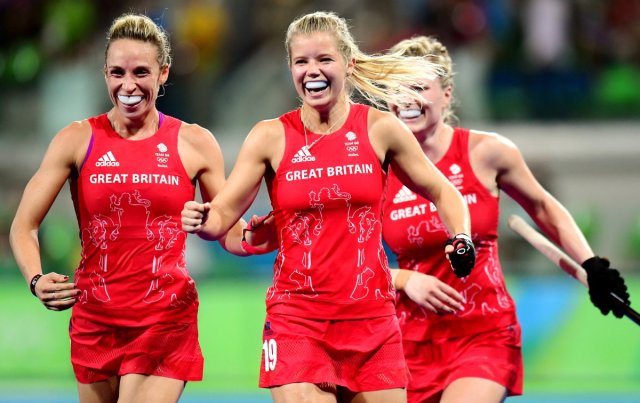 Bray, who won an Olympic gold medal at Rio 2016, announced the news via her social media channels early on Monday morning, posting a message on Instagram and Twitter:

“After a very tough couple of months it is with great sadness that I have taken the difficult decision to step down from international hockey.”

“It has been a huge honour to represent Great Britain and England and I will be forever grateful for all the incredible memories in an international shirt. Thank you from the bottom of my heart to everyone who has supported and believed in me and made the amazing journey so special.

“I still have a lot to give the sport I love and I am looking forward to what the future holds.”

The 28-year-old scored 44 goals in 134 appearances for England and Great Britain since making her debut in 2013.

Dubbed the ‘baby-faced assassin’ by her teammates Bray won a European gold medal in 2015 in addition to the Olympic title in Rio a year later and has also collected two Commonwealth Games medals during her international career.

Sad to see @sophiebray19 announce her international retirement. A magnificent player and an absolutely lovely person, she’ll be sorely missed.
Here’s one of my favourite Bray moments. Enjoy. pic.twitter.com/ZM1bXCtRnk

“On behalf of the organisation, I would like to offer Sophie a huge thank you for her years of dedication and commitment to the sport.”

“Sophie has been an integral member of the programme and brought a huge amount to our attacking play. She was a key player in a very successful period for the women’s programme and her skills, quality and tenacity have been invaluable to the women’s team.”

“We respect Sophie’s decision and we will miss her as she steps away from the international programme. We wish her all the very best in the future.”

A number of people from across the hockey world took to social media to wish Bray, a hugely popular and skilful player, the best for her future.

“Forever my best friend on and off the hockey pitch @sophiebray19 👭 I couldn’t have asked for any more from a friend and a teammate. Our connections on the pitch could light up a game 🔥.

You always made me smile even when times got tough and we always had each other’s back. The best moments of my career have been spent with you by my side and I would do it all exactly the same way if we had the chance again.

Thank you for the memories my roomie and bestie. Forever we will be the two kids that love the game and play for each other.”

Congratulations Sophie on a fantastic career playing international hockey. You are an incredibly talented player, and will be greatly missed. I thoroughly enjoyed working with you over the years, as I loved the creative way you played the game. All the best in the future Sophie https://t.co/rpLBIWReGM

Karen Brown and Craig Keegan, both on the coaching staff during that historic Rio tournament also added their own tributes via Twitter, whilst current international Emily Defroand described Bray as “selfless” and a “legend.”

Sad news, a very talented individual who will go on to be successful in whatever she turns her focus too next. All the best Soph. @sophiebray19 https://t.co/Od7jpnhwkQ