Reasons to be cheerful

After every tournament there is always time for reflection. The Commonwealth Games is no different. With British interest from England, Wales and Scotland in both men’s and women’s tournaments, this competition has provided more food for thought than usual. However in this case, Gold Coast 2018 has left fans of British hockey with many reasons to be cheerful.

We’ll talk about England in a moment; however it seems right to talk first about the impressive displays of the Welsh and Scottish sides. The progress made by these teams over the last 18 months or so has been fantastic and owes a huge amount of credit to those players and staff involved. Many of them juggle their hockey training and gym work with full time jobs. Players get up at ridiculous times to train before work, leave work to train afterwards and get home late to repeat the cycle again. Their performance staff operate off a relative shoestring, squeezing every penny and calling in favours from all over just to make their performance programme as competitive and professional as they can make it.

On paper, ninth out of ten for Wales’ men and Wales’ women doesn’t look like much to write home about. However considering the challenges outlined above both teams played well above their ranking and but for some fine margins could easily have finished much higher up.

I expected Kevin Johnson’s Wales Women to be stubborn, hard to break down and well organised. And they were. However they showed flashes of some real attacking flair, stunning India, a side ranked 16 places higher than them in the world, 3-2 in the opener. They impressed everyone against England with a gritty performance in which the scoreline maybe didn’t do them justice. Goalkeeper Rose Thomas looked every inch an international class keeper. She has come on leaps and bounds since she joined Great Britain’s central programme and it was perhaps fitting that her saves in the shootout got Wales over the line when they needed it.

☀️ Waking up to a big Wales win!

🏑 Women’s hockey team beat a top 10 side for first time in decades!

The men had plenty of highlights too, they held Pakistan to a draw, led England 2-0 before succumbing to Sam Ward’s goal scoring prowess and were edged out by two goals in the last two minutes by India despite Gareth Furlong’s stunning hat-trick. They rounded things off with a win over South Africa to give them something to celebrate, which they definitely earned.

Scotland’s men didn’t look out of place at all. Competitive in all except perhaps the Australia game (no real shame in that) they swept to their best-ever finish in this competition, securing sixth spot. Obviously the class of Chris Grassick and the goals of Alan Forsyth stood out, as you’d expect, but to be honest that sells short the team ethic the Scotland squad have built and use to their credit in every tournament.

We came and achieved what we knew we could. Definetly slightly disappointed to have only won 1 match but to finish 6th place (3 above our ranking) is an awesome achievement and a sign of how far we have come as a group #proud #GC2018 pic.twitter.com/TyvsyaQc82

Scotland’s women would probably say their highlight was the 5-0 win over Ghana where Nikki Alexander-Lloyd’s super strike put the gloss on a good display. The Tartan Hearts wound up finishing seventh but for a group who tasted heartbreak after being relegated in the European Championships in Amsterdam last summer to show the character they have in this tournament is very promising.

Both Danny Kerry and Bobby Crutchley would have gone into the tournament expecting their England sides to bring home a medal. Expectations are one thing, but living up to them is another entirely. Kerry’s squad lost a few high profile players pre-tournament through injury and there were concerns over Captain Alex Danson and Sarah Haycroft, both of whom carried knocks during the competition. Six games in such a short space of time is a punishing schedule, especially in those conditions and with running repairs needed on key personnel. Kerry’s old heads stepped up and the young guns never looked overawed. Undoubtedly they would have wanted to get to the gold medal match and the New Zealand defeat in the semi-final will have hurt, however Kerry declared himself “delighted” with his side’s performance in that match saying they “couldn’t have done much more.” They showed great strength and togetherness to bounce back and win the bronze medal with a superb defeat of India, 6-0.

It was joy for English hockey earlier today.

They hammered India 6-0 to take bronze.

The Men’s side showed flashes of the brave new style Bobby Crutchley has been working hard to instil in his side. At times their attacking hockey was a joy to watch with Sam Ward spearheading the attack and looking like a threat every time he has the ball anywhere near the goal. However at times they fell short of the standards they would have expected of themselves. Not closing out the game in the pool stage against India will have been a source of immense frustration for the players and staff alike. Not being able to unsettle Australia in the semi-final will be something they will be keen to rectify going forwards, too. However the India demons were exorcised almost immediately as they held the same opponents at arm’s length to win the bronze medal with some superb defending. 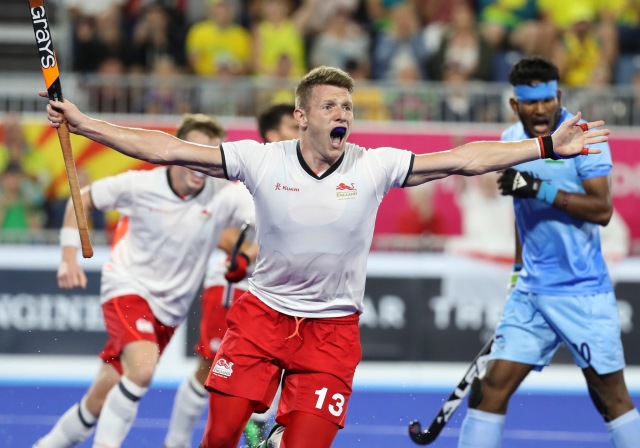 This resilience is something Crutchley’s team was accused of in some quarters as lacking in the last Olympic cycle so to see them come out fighting after their semi-final disappointment to get the job done in the bronze medal match will be very satisfying. The trick now will be to build on those foundations ahead of the World Cup in India to go and see if they can cause some damage in Odisha.

For me, there were far more positives than negatives from the tournament. Both Bobby Crutchley and Danny Kerry with their Great Britain hats on will be delighted with the efforts of the home nations. And they should be.

And hell, if none of that makes you smile, watch the below. If that doesn’t raise a chuckle you, my friend, are made of stone.