Posted on December 4, 2017 by thetopofthed

A meeting between England and Australia always has great significance in a sporting context. The two old foes meet again on 4 December 2017 at the Hockey World League Finals in India, with the game perhaps slightly more significant than many of the other clashes. Why? Because it marks Barry Middleton’s 400th international cap.

At the Europeans in the summer I asked a number of Middleton’s team mates to sum him up in one word. All of them said “Idiot”. A little taken aback, I spoke to Barry and told him what had been said. “Sounds about right.” he laughed. “Although I prefer ‘lovable idiot’.” he added.

“He’s one of the most driven players I’ve ever met, but he somehow manages to do it all with a big smile on his face.” says Adam Dixon, one of Middleton’s team mates for England and GB. Liam Sanford, himself just cutting his teeth on the international scene, shared a room with Middleton at the European Championships and echoed those sentiments, admitting that the former captain was “a lot more fun than I thought he’d be” adding that he loved rooming with Middleton because he was a “just like a big kid.”
That might sound like a backhanded compliment but when you see the affection Doncaster’s finest is held in by his teammates, you realise it most certainly isn’t.

He  made his international debut back in 2003, aged 19. It was in a match down at Canterbury Hockey Club, though he admits his memories of the game are somewhat hazy.

“There are a few games you remember and for me that is one of them. It was with a load of the young guys who came through the Under 21s together. I remember Jon Bleby getting a ball in the face. It’s a weird one because I remember it more for that than what happened in the game. He had to go off to hospital and we always remind him about it. I can’t remember if I played well, though.”

Middleton obviously played well enough to earn himself another call up and now, 14 years on, the rest as they say, is history.

He has played in every tournament there is, including turning out at four Olympic Games. Middleton led England to the EuroHockey Championships title in 2009, which was also one of the three years he was named in the FIH World All Star Team, the other two being 2008 and 2010. To merely list Middleton’s achievements, whilst incredibly impressive perhaps sells the 33-year-old somewhat short. 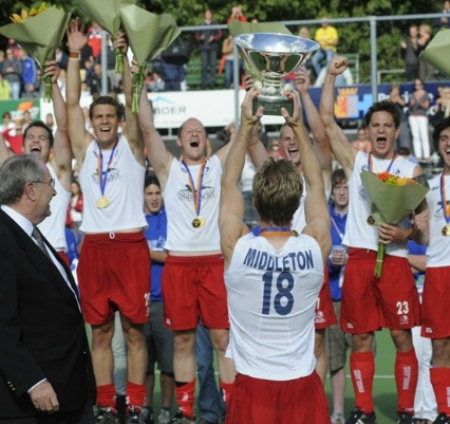 There is no doubting the class of a man who has played club hockey at Doncaster, Cannock, HGC, Club An Der Alster, East Grinstead and current club Holcombe, but Middleton is more than just a wonderful player. Having spoken to many of his teammates, one of the characteristics they all latch on to is Middleton’s ability to balance taking his hockey seriously with his infectious, almost child-like sense of humour. 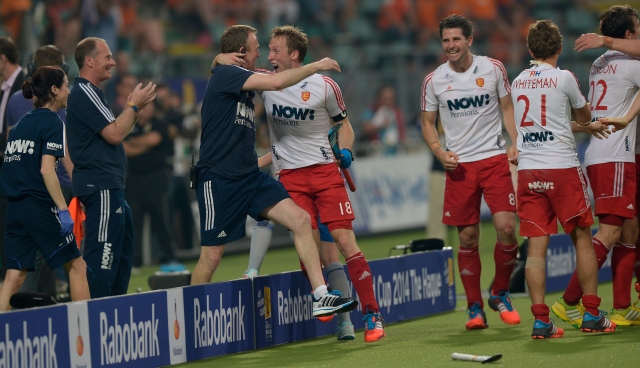 The Holcombe man is probably England and Great Britain’s greatest of all time. Whilst his personality off the pitch has earned him the respect of his peers, his on-field ability is on another level to most in world hockey.

“Training with him was incredible. Ashley [Jackson] had some of the best skills I’ve ever seen, [Iain] Lewers could pass the ball like no one else, but with Barry it’s the speed he thinks and the quickness of his game that is faster than anyone else I’ve ever played with. To have the hunger to play 400 matches, let alone the ability is unbelievable.” 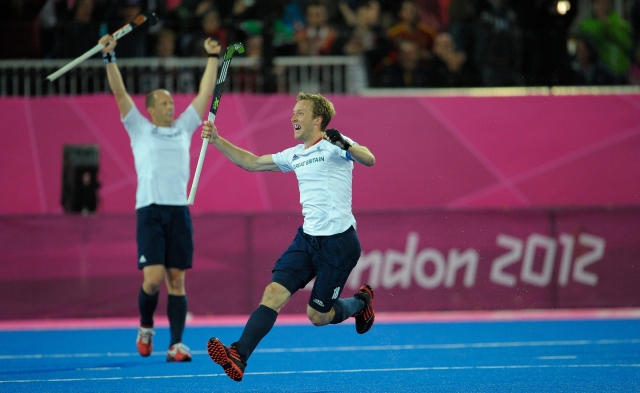 Of course, it could have been so different. In the early stages of Middleton’s international career, the team wasn’t as competitive as it is now. Had he lost heart or lost focus, we could easily have seen Middleton walk away from the international scene:

“The early days were weird; sometimes you questioned why you were doing it. I trained really hard and gave everything, but we went to tournaments with no chance of winning. That was a strange existence and it made me want to be part of a group that could push for more. At the time it was like people didn’t realise we could achieve things. Around Beijing 2008 and 2009 we made a breakthrough and the penny dropped. People realised we could compete, the culture changed, we started to produce better players and the players we have now compared to when I started are very different. That’s why you play, though. That’s why you go to tournaments, to try and win. It seemed to take us a long time to get that.”

“We’re now all full time and we’re very lucky in that respect. It’s the first time everyone has seen themselves as a hockey player rather than someone who works and then plays hockey. It’s shown in the improvements we’ve made in the last couple of years. We’ve come to this point very quickly and we can hopefully still go places. That’s down to the professional nature of this group.”

When Middleton reached 350 caps a while back, I asked him what he’d like his legacy to be.

“I’d like people to remember me as someone who enjoyed playing hockey. That’s all I’ve set out to do. It shows in the way I play. I hope the people I’ve played with have good opinions of me; I’d like to think I’ve made a difference to them, too. If not, I’ve still enjoyed it and that’s what counts!”

What a goal from @HolcombeHC‘s Barry Middleton at the weekend. Super skills and a finish from a ridiculous angle!

With the 400 mark being reached, many people start to ask how long Middleton can go on for. His teammates insist he has plenty left in the tank, citing that he is still one of the best trainers there is and is still in very good shape. Middleton himself says that the injection of fresh blood into this group has revitalised him although he does say “If my body gives up or if don’t enjoy it anymore I’ve always said I’ll stop but I don’t see me losing that enjoyment any time soon. I’ll know when it’s time to call it a day.”

He may be a lovable idiot to his team mates and friends, but to the whole hockey world, Barry Middleton is quite simply a legend. You can’t really say much more than that.

Columnist for The Hockey Paper and the man behind The Top of the D. Writer, podcaster, goalkeeper and BBC Sport man. Used to work for Great Britain Hockey and have covered the sport at every major tournament.
View all posts by thetopofthed →
This entry was posted in Legends of Hockey. Bookmark the permalink.