Crutchley: “No time to hide.”

England head into what is effectively a quarter final against Ireland tomorrow with the winner progressing to the semi-finals of the Rabobank EuroHockey Championships.

Ireland and Germany are currently above England in the pool with four points apiece whilst Bobby Crutchley’s side have three points. With Germany expected to beat Poland in the other game, only a win will do for the Three Lions.

They come into the match off the back of a 4-3 defeat in an incredible game with Germany. Whilst understandably disappointed with the result, Crutchley was upbeat:

“It’s a great experience for our young players about what this level is really about. They’ve shown they can match it, they just need to be able to do it for longer.”

England ultimately paid for a slow start against Germany, conceding twice in the first 11 minutes before rallying to lead 3-2, eventually succumbing 4-3. That sets up the final pool game with Ireland to be a win or bust encounter which promises to be a must-see for all hockey fans.

England’s head to head record with the Green Machine at major tournaments is W4 D 3 L1 with the one loss coming in the last edition of the EuroHockey Championships in London where Ireland took the bronze medal with a 4-2 win.

England are a different group now to that one of two years ago. Whilst still very much on a learning curve, Crutchley is confident they can deal with the threat from Ireland and reach the semi-finals. 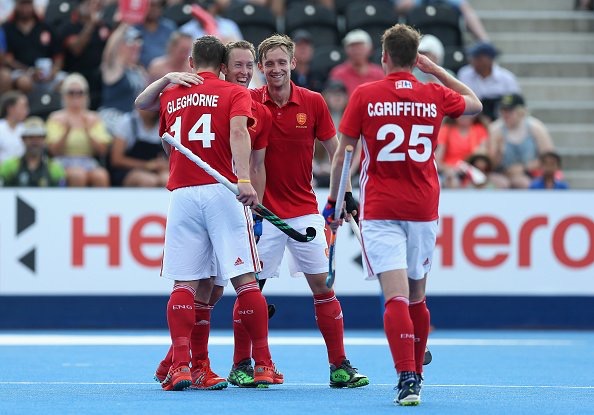 “We’re progressing and doing it well. The next game is a challenge and a different type of pressure but that’s what we want in many ways. We don’t want to hide.”

Crutchley’s Three Lions are hungry for success and have set themselves high standards. Only moving on to the semi-finals will seemingly be good enough for this group:

“It won’t be difficult to pick the guys up for Ireland. They’re a very ambitious squad.” said Crutchley. “They want to be in the big games not playing for the minor places. We’ll do everything we can to get to the semis. It’ll be great motivation for them playing in what is effectively a quarter final. The kind of hockey we are capable of will spur them on and we’ll be keen to cause some trouble when we get out there.”

ENG 3-2 GER What a game! A Lovely PC move sees Dixon deflect the ball into the goal to give England the lead #EHC2017 pic.twitter.com/acfXFqRIFj

So, the Three Lions take on the Green Machine. Winner takes it all. Who will make it to the semi-finals? Tune in to BT Sport at 13:45 UK time to watch the drama unfold.