England Coach Bobby Crutchley demanded better from his players despite a 6-0 win over Poland in their opening match of the Rabo EuroHockey Championships in Amsterdam.

Despite doubles from Mark Gleghorne and Sam Ward and further strikes from Chris Griffiths and David Condon the Head Coach was less than satisfied with the display:

“I’m happy with the win and I’m not too concerned with the number of goals but I thought we were a bit naive at times.” he told The Top of the D. “The way we played and the corners we gave away were sloppy. We’ll definitely need to improve going into the rest of the tournament. We’re off and running so that’s good.”

England raced into an early lead thanks to a rocket of a penalty corner from Mark Gleghorne. The No14 opened his account for the tournament with a fierce drag flick which was still rising when it hit the net.

England enjoyed the clearer of the chances in the opening quarter with Barry Middleton going close and Gleghorne drawing a good save from Maciej Pacanowski in the Poland goal.

Gleghorne got the better of the Polish keeper in the second quarter from another penalty corner, going low this time and beating him for pace into the bottom corner.

Ward brought the best out of Pacanowski moments later but it wasn’t long before a third goal arrived. Chris Griffith showed great pace to break free down the right and his cross was diverted in by a defender to make it 3-0. Poland’s goalkeeper, who plays his club hockey in England for Chichester, then denied Griffiths and Condon in quick succession but on 29 minutes he was beaten again. This time it was a penalty corner from Ward with the aid of a deflection that did the damage. 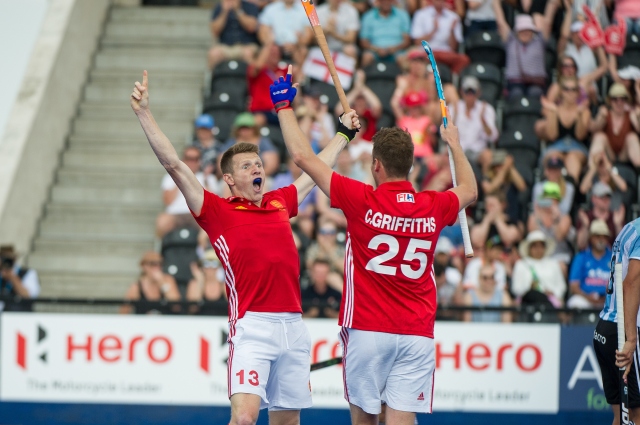 The second half was tough going for England and despite a well-worked goal where Ward and Roper combined to set up Condon, Crutchley’s side lost their way a little.

“Some bits of the game were good and it’s clear that we can pass it well and move well. Poland struggled when we did that. It obviously isn’t easy but at times we made it look easy. When we struggled was when we took the ball into contact and they picked us off.” Crutchley added: “We weren’t consistent enough and didn’t put them under pressure enough. We had some long spells where we let them off the hook and that was frustrating. It has very little bearing on tomorrow, though. It’s a different challenge and we hope we’ll play better.” 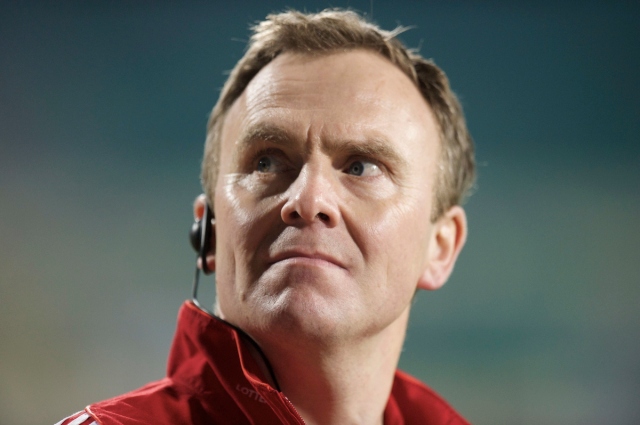 With the score at 5-0 and the clock counting down, the England Coach moved to 11 outfield players with George Pinner leaving the field to be replaced by Liam Sanford at kicking back.

“We did it to make sure we’ve practiced it but also to put them under some pressure. It made us press them more and put that emphasis in the right place. It’s interesting the dynamic that tactic gives us.”

The tactic paid off with two minutes left Barry Middleton showed terrific skills to set up Ward for his second and England’s sixth.

England now move on to a mouth watering clash with Germany in their second match of the tournament, tomorrow at 4pm UK time.