Posted on September 5, 2014 by thetopofthed

I’m sure some of you have been wondering why the blog has been so quiet since the end of the Commonwealth Games. Usually, as we count down to the start of the domestic season I’d be doing interviews, features and previews ahead of the curtain-raiser on 13 September. 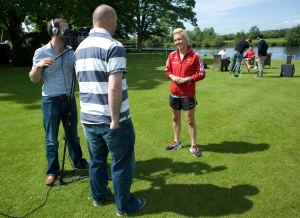 The thing is, I have been writing and researching that content, it’s just that it won’t be appearing here. Over the summer I accepted a position working for England Hockey in their Communications and Media department. It’s been a bitter-sweet development for me. As regular readers will know it’s a bit of dream of mine to be able to work in hockey, so on that front I am absolutely delighted and still can’t quite believe my luck. On the flip side, it does mean that there is a lot less time to write articles for this site and with the potential for a conflict of interest I have decided to put it to rest for the time being.

The articles I have already written will still be available, so don’t worry, you can still read and re-read them till your heart’s content. In the future, my work will be appearing on the England Hockey website. Keep an eye out for my “distinctive” style; I’m sure you’ll be able to tell which pieces were written by me. If they mention any of the following clubs: Old Bordenian, Lewes or Marlow or use the term “looms large on the horizon” there’s a good chance I had some input!

I will still be using the Twitter feed so please don’t feel you cannot contact me anymore. One of the things I have loved is the daily interaction with all of the Hockey Family and I would like that to continue. I’ve never been the most controversial on there, so I don’t see too much changing in that respect; I’ll still perch atop the fence when I see the need!

I just wanted to say how much I’ve loved writing the blog. When I started it, it was a 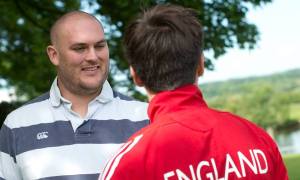 creative outlet to forget my frustrations with my day job. I thought a few of my friends and my mum might read it to humour me but I had no idea of the response or the popularity it would garner, or that it would lead to a full time job in the sport. Thank you to everyone, players and non-players alike for your input and comments, both good and bad on the site, Twitter and even in person. You’ve all made it worthwhile in your own way!

I’ll still be The Top of the D at heart; I’ll just be channelling that into making the England Hockey coverage the best I can. In the meantime, get yourselves over to my new home, (the England Hockey website), or to Push Hockey Magazine, Hockey in England, Galvanised Hockey and the up-and-comers at Scoop, who I can’t praise highly enough. They’ll more than fill the void left by The Top of the D between them and deserve all the support the Hockey Family can muster.

Anyway, before this becomes too self-indulgent, I’ll sign off.

For one last time, photos are courtesy of Ady Kerry!

Columnist for The Hockey Paper and the man behind The Top of the D. Writer, podcaster, goalkeeper and BBC Sport man. Used to work for Great Britain Hockey and have covered the sport at every major tournament.
View all posts by thetopofthed →
This entry was posted in Domestic Hockey, Features, International Hockey and tagged England, England Hockey, Hockey Family. Bookmark the permalink.

2 Responses to Farewell, for now.