Posted on September 14, 2012 by thetopofthed

With the new England Hockey League season almost upon us, The Top of the D looks at the teams in the Premier League and assesses their chances. Here is part one.

Key Men: Harry Martin will be on a high coming off the back of a successful tournament at London 2012. Expect him to shine in the league this time out.

Captain, Adam Dixon will have a point to prove, having inexplicably missed out on London. The Bees’ captain leads by example and will be a key component in their blueprint for success this year.

George Pinner would appear to be the heir apparent to the GB goalkeeping throne. The former Ipswich goalkeeper has impressed greatly over the last few years in both domestic hockey and the European Hockey League. When the chips are down, Pinner will help his side to win crucial points.

Summary: Beeston finished the regular season in second place during 2011/12 and were disappointed not to make the championship final for the second year running, losing out to Reading and thus finishing in third. They softened the blow with another EH Cup win and will be on the hunt for more silverware.

They have strengthened their side considerably with the introduction of Olympian Harry Martin, from Old Loughtonians, whilst Sam Dixon (Hampstead and Westminster) and Simon Egerton (Bowdon) arrive to give them further depth. The Bees have been in fine form pre-season, scoring a boatload of goals. It seems the departure of last season’s top scorer, Patrick Schmidt has not affected them. Expect another strong showing from the Nottinghamshire side as they look to impress both at home and in the European Hockey League. 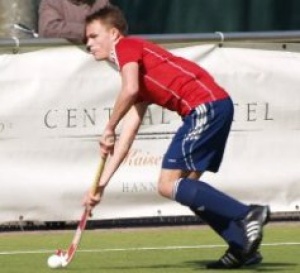 Key Men: Nick Giles is a new signing from Fomby and there is a lot of buzz around his arrival. The 20-year-old is highly regarded by those that watched him at his old club and his fantastic skills will give a young Brooklands side some real flair.

David Seddon, now 30, is a key component up front for Brooklands. Like Giles, Seddon started life at Formby and has a wealth of National League experience to his name. His eye for goal will be crucial to his side’s chances of putting in a good showing.

Summary: Brooklands won the North Conference by six points last year and qualified from the play-offs in relative comfort, winning two and drawing one of their games. They are largely a young side with a smattering of experience. They will hope to get off to a good start away at fellow new-boys Canterbury. Expect them to be competitive, but they may also end up in the end of season play-offs. Not the European ones, though.

Final Position Last Season: 4th (League.) Beaten by Surbiton in the first round of the Championship Play-offs.

Having a world-class goalkeeper is bound to help any side. It can be the difference between winning and losing a game. With James Fair likely to be available more regularly this season, Cannock have the services of one of the best around.

David Harris was the top goalscorer for Cannock last season, with a combination of penalty corners and poacher’s efforts the 30-year-old notched 14 goals for his team. A goalscorer is crucial to any side at any level. Harris is that man.

Summary: For a while last season, Cannock headed the table and looked to be in with a real chance of winning the whole thing. They fell away in the second half of the season and wound up finishing 4th. They managed wins over East Grinstead and Beeston so are proven to be able to raise themselves on the big occasion. They have continued their policy of building a young squad with some older heads, signing Peter Jackson (21) and Dan Coultas (23) amongst others. Expect them to be a dangerous side if taken lightly.

Key Men: Player coach Kwane Brown continues to be one of the pivotal figures for the Kent side. His distribution, skill and pace are often the catalyst for some of their best work going forwards. His experience too is invaluable.

Veteran striker Dave Matthews is still the main man up top. His eye for goal is absolutely essential if his side are to do well this season. Matthews had a spell playing for Holcombe and still helped himself to a flurry of goals before returning to Polo Farm. If he hits the ground running this season, Canterbury could cause some problems.

Summary: It’s hard to know what to make of the Kent side, to be honest. They have drifted between the Premier Division and East Conference quite regularly of late. They haven’t really made any significant additions in terms of transfers, preferring it seems to bring players through instead. Whilst they did well to win the East Conference, you do wonder if the lack of significant strengthening will be costly. As good as Matthews and Brown are, it is telling that their two key players are also two of their oldest. It could be a long season at Polo Farm, but you never know.

For any side that Ashley Jackson plays in he is one of the key players. East Grinstead are no exception. The Great Britain star will offer his usual threat from penalty corners, but will also be the heartbeat of the side with his ability to knit the play together and spot passes or chances others cannot.

Despite the departure of his partner in crime Danny Hall, Mark Pearn is still a central figure at Saint Hill. His ability to score goals (nine league goals last season) and perhaps more so, his ability to create for others are amongst the best in the league. He most definitely makes EG tick.

Iain Lewers brings his considerable wealth of experience and a decent showing at the Olympics to East Grinstead this year. A player who is comfortable on the ball and going forward fits in well with his team’s attacking style. Don’t be surprised to see him chip in some goals and assists breaking from the back.

It will be an interesting season for the club from Saint Hill. On the face of it, the loss of players like Danny Hall, Gareth Carr, Darren Cheesman and Barry Middleton look like they could be damaging. That said, they still have an abundance of international class, which they seem to be supplementing with exciting young players both home-grown and brought in. Any side with the likes of Lewers, Glenn Kirkham, Jackson, Mark Gleghorne, Niall Stott et al will do well. What will be interesting is how the younger players fit around their galacticos. It is hard to see them struggling, so these are indeed, exciting times.

Part two, with the rest of the teams in the Men’s Premier Division is here.

This entry was posted in Domestic Hockey. Bookmark the permalink.