If you missed part 1 of The Top of the D’s preview of the women’s play-offs click here. Today, part two, which features Leicester, Canterbury and Reading. 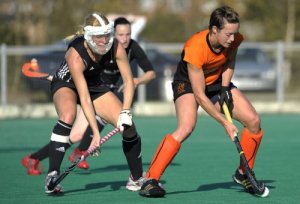 The Pukkas are the reigning indoor champions and would love nothing more than to add the play-off title to their trophy cabinet. They are one of the only sides that can boast a win over Reading this season, triumphing as they did, 3-2 at home back in November. The obvious favourites for the title are leaders Reading, but Leicester, when at full strength have a squad capable of matching anyone. Their form is good, losing just once since Christmas (to Reading) winning five and drawing one. The 5-0 hammering of fellow play-off hopefuls, Clifton in the penultimate game of the league season should serve as a warning to all their rivals.

Key Players: Crista Cullen is a huge presence at the back and a danger from set pieces, (8 league goals, all from penalty corners) and so will be vital to her side. The individual brilliance of Kerry Williams, Chloe Rogers and Katie Long has the potential to turn a game on its head in an instant. However perhaps most important is Hannah Macleod, who has bagged 12 goals for her side this season.

Whilst their men yo-yo between the Premier Division and the Conference, Canterbury women are the models of 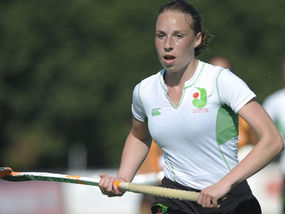 consistency. A squad with a mixture of exciting homegrown talent and seasoned internationals, they are, as always, a side that demands respect. Their form going into the play-off is not bad: 4 wins, 2 defeats and one draw since Christmas. Perhaps more impressive is that two of those wins came against Bowdon and Reading (one of only two sides to defeat Reading this season.) Those results coupled with impressive showings against Leicester and Clifton suggests

Canterbury are not there to make up the numbers.

Key Players: Even at 35 years of age, Mel Clewlow is still a very imposing presence at the back. Charlotte Craddock, one of the bright young hopes of Great Britain Hockey (still only 21) is a class player, scoring 6 this season in the league. Continuing the youth theme, Susannah Townsend, aged just 22, has international experience, an abundance of ability and an eye for goal to bring to the table. Watch out for Jen Wilson, too. She is the team’s top scorer and will pose a threat to even the tightest defence.

Having finished the league season top by 5 points from nearest challengers Leicester, Reading will go into the play-offs as favourites to retain the title they won last year. As is so often the case, they will be wary of complacency and will do everything they can to avoid an upset. Remember, the two teams to have bested the ‘Ding in the league this season, Leicester and Canterbury are both competing in the play-offs too. Reading have lost just once since Christmas, winning 4 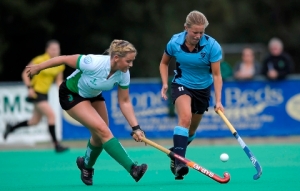 and drawing 2. Their last game was an 8-1 demolition of Slough, with Alex Danson getting a hat trick. They are a squad with phenomenal strength in depth and a galaxy of international stars so should be too much for anyone if they perform to their best. You never know, though.

Key Players: As with East Grinstead in the men’s competition, Reading’s key players read like a who’s who of hockey. Helen Richardson is one of the best players in the world. Any side would be delighted to have her skill, determination and experience in their ranks. Alex Danson, also an FIH World All Star, has 18 league goals this season, more than anyone else. Kate Walsh, the Great Britain captain and Beth Storry the goalkeeper are two of the best in their respective positions and ensure that Reading are hard to score against as well as lethal at the other end. Samantha Quek and The Top of the D favourite Wiz Hunt provide pace and trickery on the right, whilst Rebecca Halle has contributed 10 hugely important goals in the league. To be honest, this list could go on and on…..

The Top of the D would like to wish all the teams involved the very best of luck.